How to Draw Dedenne from Pokemon in Step by Step Lesson

Dedenne is a cute mouse-like Pokemon. A little bit like Pikachu. It is known for communicating from a long distance by its antenna looking whiskers.

Follow along and learn how to draw this cute little Pokemon from our step-by-step tutorial. 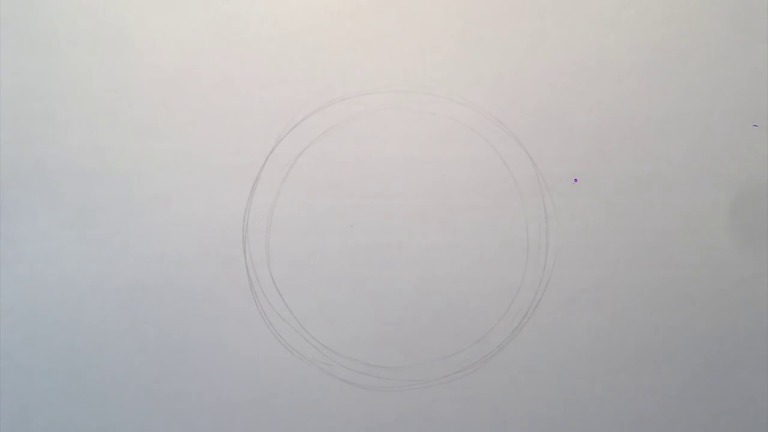 1. Ready? Steady? Go! First, we start with an easy round shape, which will give the chubby base of Dedenne. Let’s move to step 2. 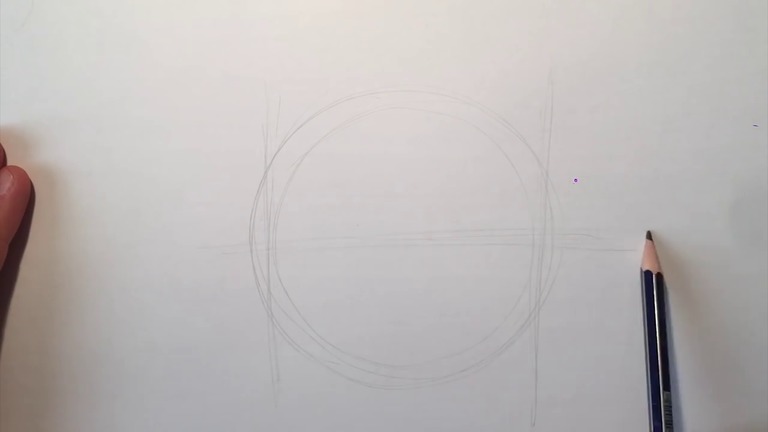 2. Let’s draw one horizontal line through the middle of the circle and two vertical lines on both sides of the circle as you can see in the video or on the photo above. These will be our guidelines later on. 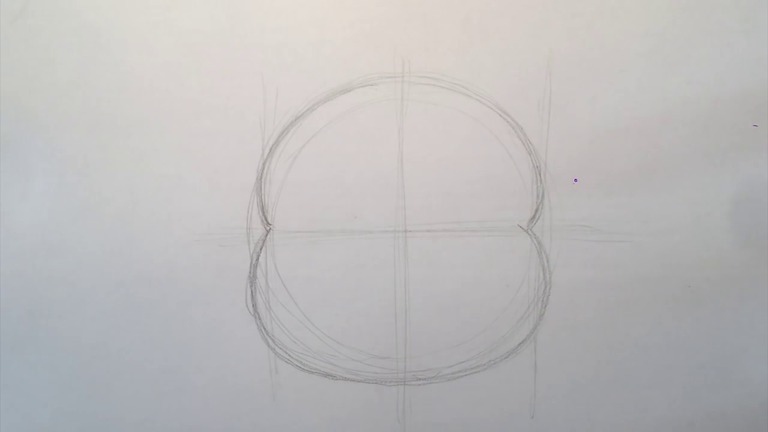 3. Now we form the chubby body of our Pokemon, looking like a tided balloon in the middle. Also let’s add a vertical line in the middle. Ready? Let’s move on! 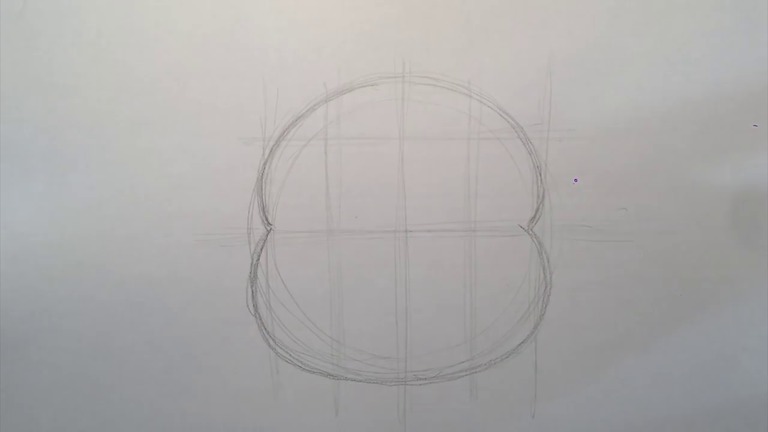 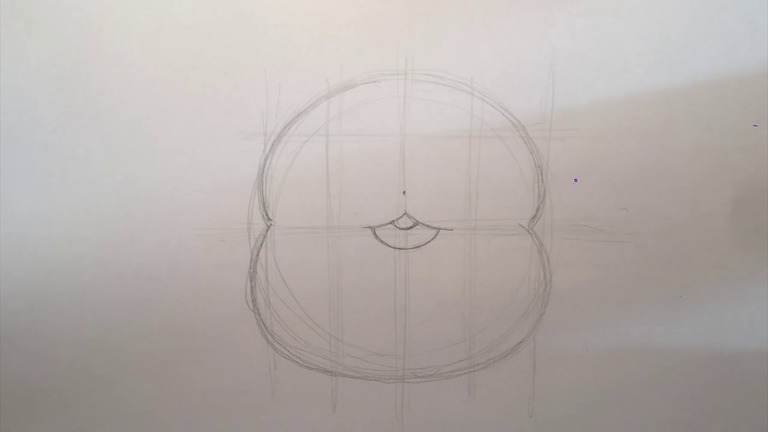 5. Now we form the smiley mouth with 3 easy curved lines in the middle and also the teeth with another curved line underneath. For the pointy nose we just put an easy dot above the mouth. Let’s get to the cheeks at step 6. 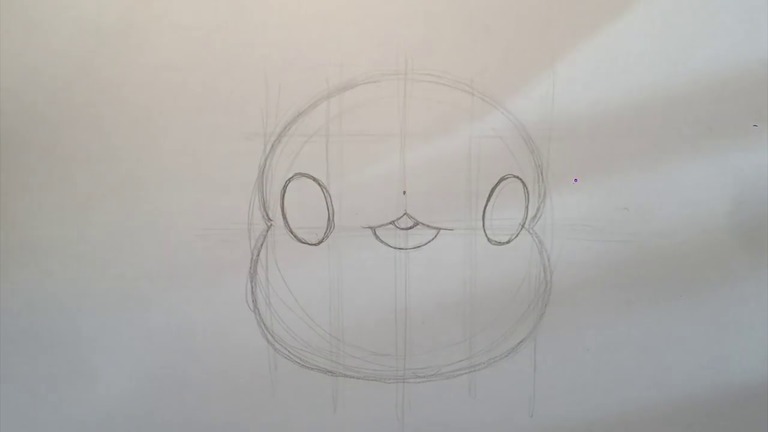 6. On the two sides we draw two oval shaped circles up from the middle horizontal line. Isn’t getting cuter? 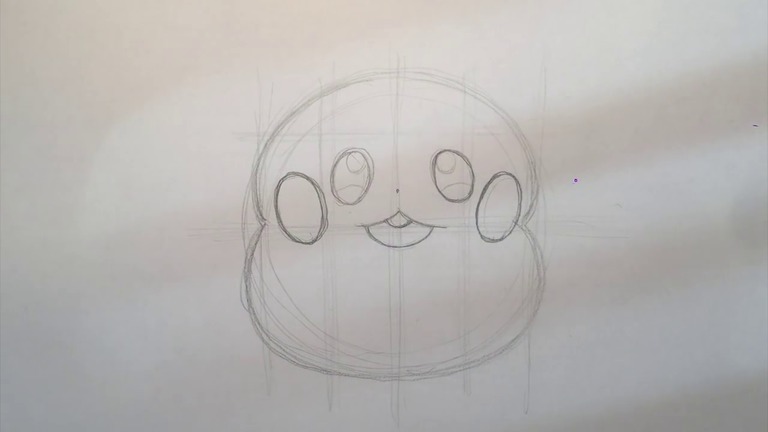 7. For the eyes draw two oval circles as you can see it on the photo. Add two half circles to the top and the bottom of the eye. These will let us to highlight the eyes. 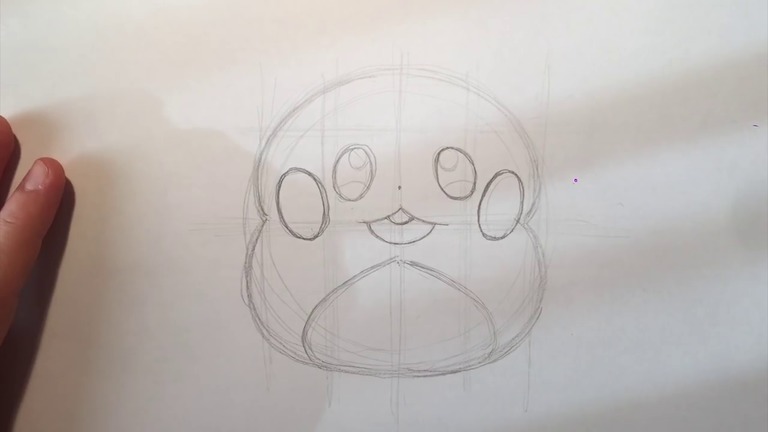 8. Add the cute Pokemon paws. Ahwww, it’s getting so sweet. 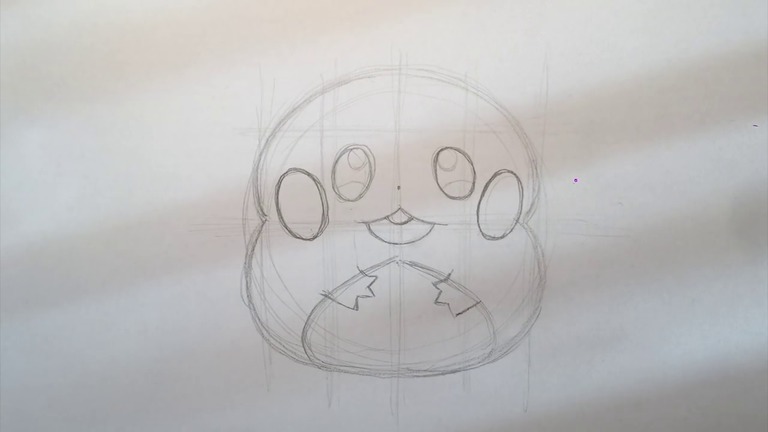 9. But here comes the thing makes Dedenne so adorable. Draw two teardrop shape like form up side down and in it a smaller one on the upper guideline. Get to step 10. 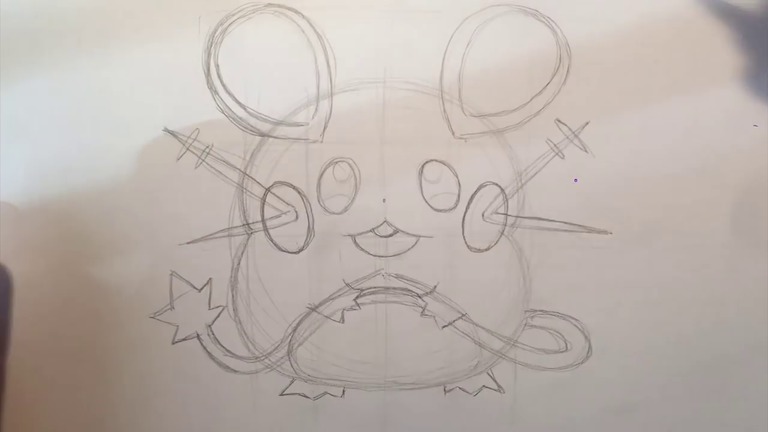 10.  As we are getting to the end of out tutorial, let’s add the mouse-like qualities. Draw the whiskers so Dedenne can communicate and for the walking the two little legs, the tail and two mouse-like ears. With it we are finished with the scratch. 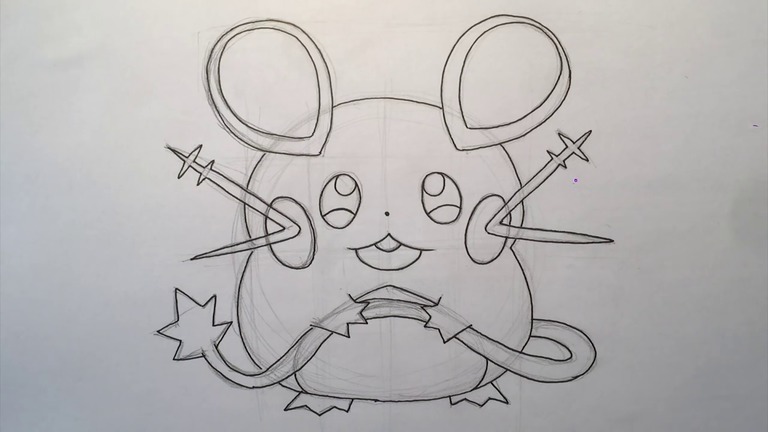 11. Contour the necessary parts. If you aren’t sure which parts you need to countour just look at the “How to Draw Dedenne Pokemon” drawing tutorial video. If you finished with it just erase the remaining parts. 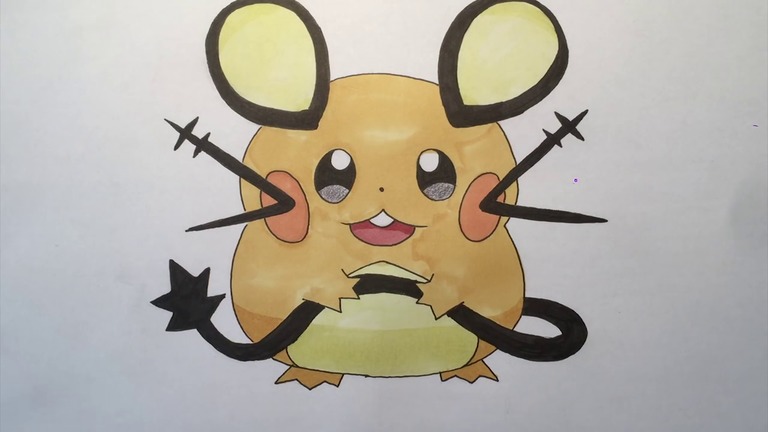 12. Last but not least let’s make Dedenne animated. You can use the colors I used in my video, or use your imagination and add any color you want to make Dedenne more unique. Use your crayons, markers or lineart. See, so it wasn’t so hard after all, huh? Don’t forget to send me a picture of your drawing so I can put them on the Facedrawer Facebook page.

How to Draw Dedenne Step by Step Infographic


dedenne how to draw pokemon 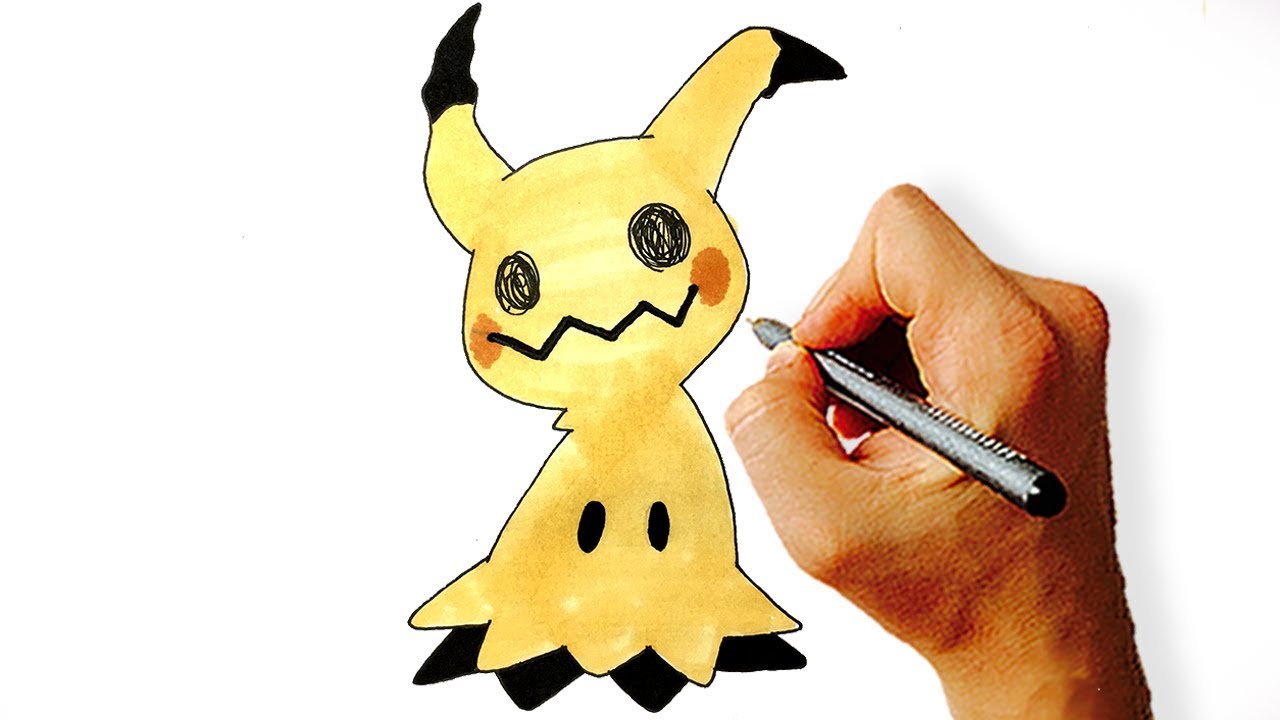 How to Draw Mimikyu [Pokemon] Step by Step 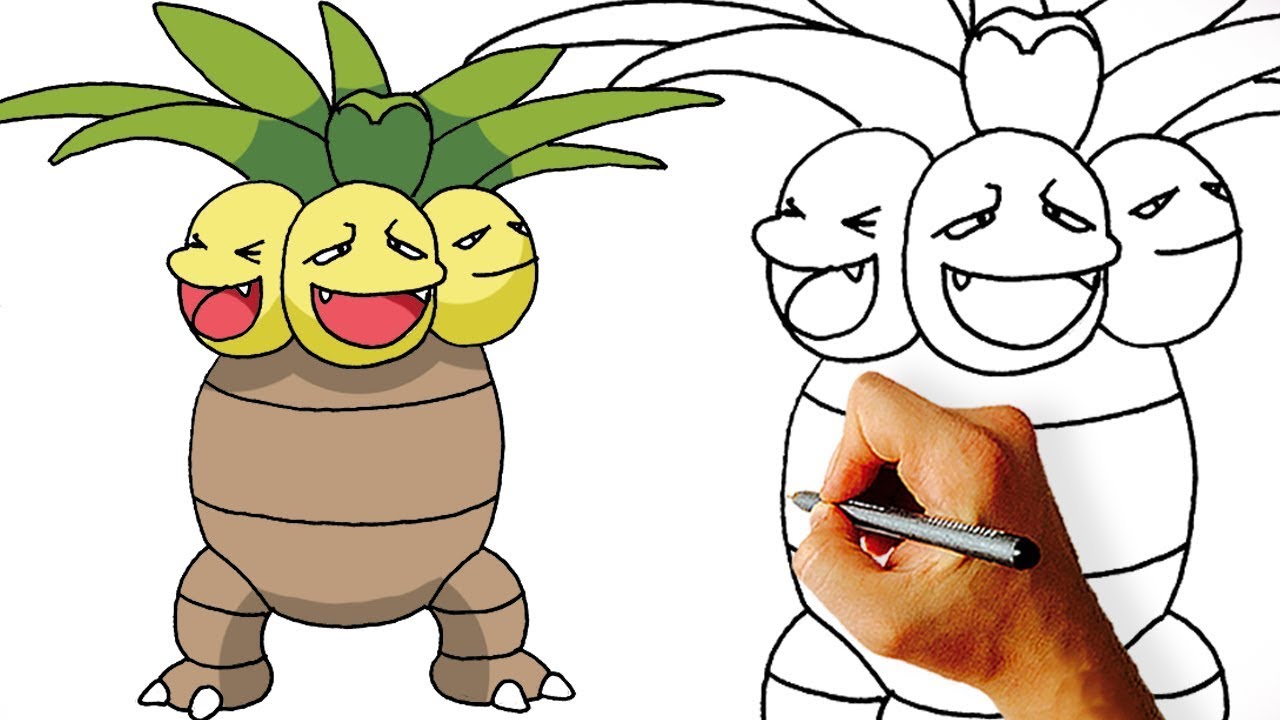 How to Draw Exeggutor from Pokemon Step by Step 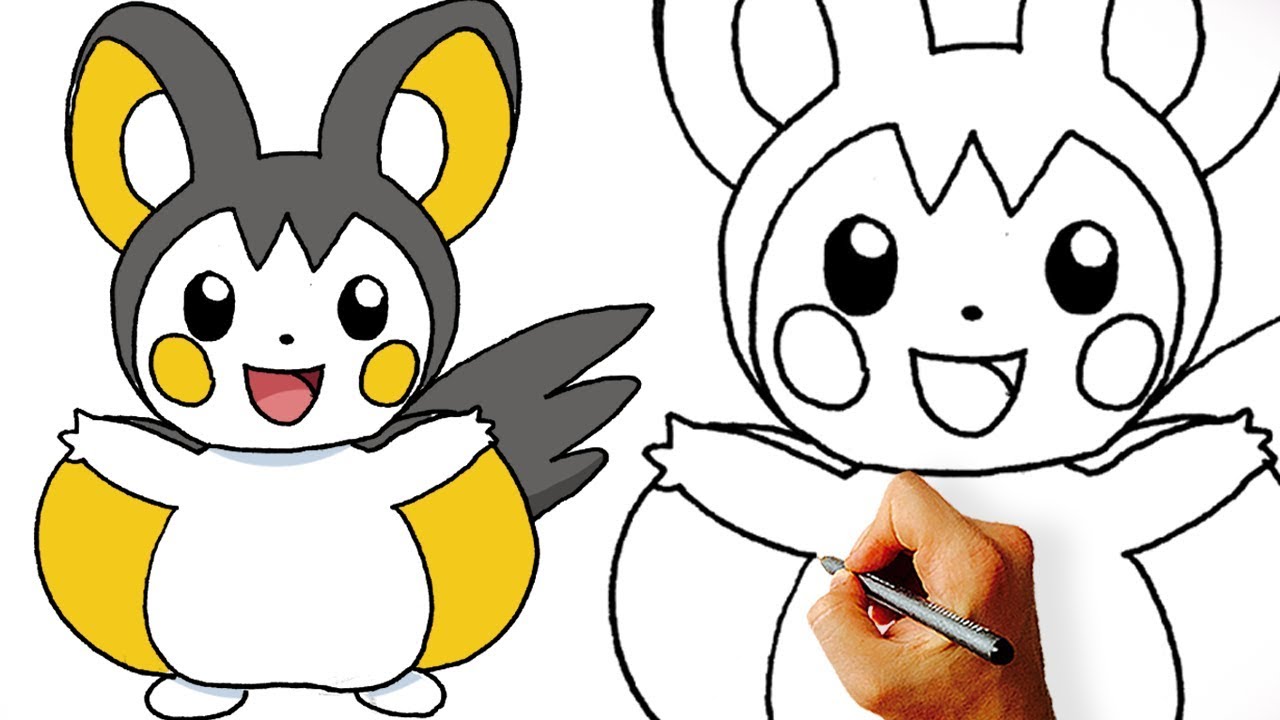 How to Draw cute Emolga from Pokemon Step by Step